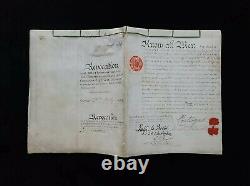 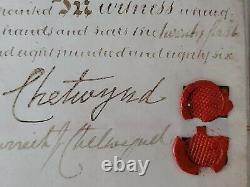 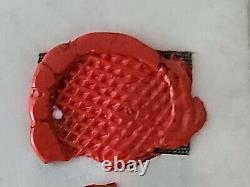 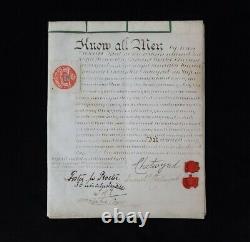 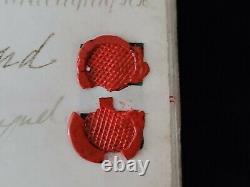 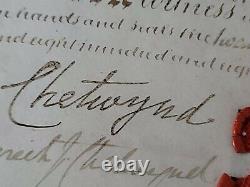 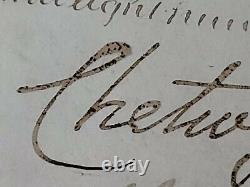 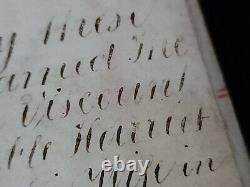 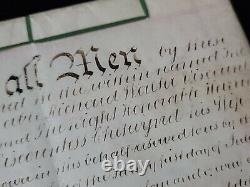 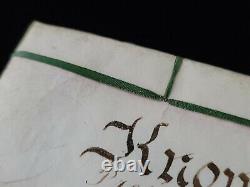 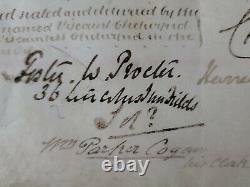 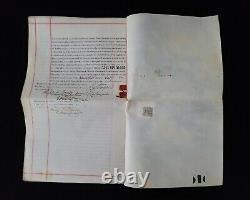 For your consideration is an exceedingly rare and historically important c. Royal document is bound with green ribbon made from silk or satin. Document on parchment is original. Measures 15.5" × 18.0" unfolded. Measures approximately 8.0" × 10.0" folded. 12 pages total / 6 sheets. Viscount Chetwynd, of Bearhaven in the County of Kerry, is a title in the Peerage of Ireland. It was created in 1717 for Walter Chetwynd, with remainder to the issue male of his father John Chetwynd. He was made Baron Rathdowne, in the County of Dublin, at the same time, also in the Peerage of Ireland and with the same remainder.

Chetwynd notably represented Stafford in the House of Commons on three occasions between 1702 and 1734, and also served as ambassador to Turin. He was succeeded according to the special remainders by his younger brother, the second Viscount, who sat as a Member of Parliament for St Mawes, Stockbridge and, from 1738 to 1747 for Stafford and served as ambassador to Madrid.

On the death of the second Viscount the titles passed to his younger brother, William, the third Viscount, who was Member of Parliament for Stafford and Plymouth and served as Master of the Mint from 1745 to 1769. The family estate at Ingestre Hall passed, however, to the second Viscount's daughter, whose son became Baron Talbot. William was succeeded by his son, the fourth Viscount who represented Stockbridge in the House of Commons.

His great-great-grandson, the eighth Viscount, served as managing director of the National Shell Filling Factory at Chilwell in Nottinghamshire during the First World War. For his services to the war effort he was made a Companion of Honour in 1917. As of 2015 the titles are held by his great-grandson, the eleventh Viscount, who succeeded his father in 2015. This item is in the category "Collectibles\Historical Memorabilia\Royalty Collectibles". The seller is "galleryoff5th" and is located in this country: US.