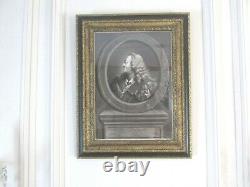 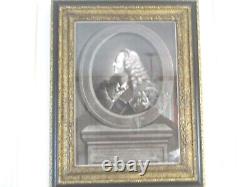 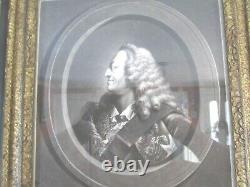 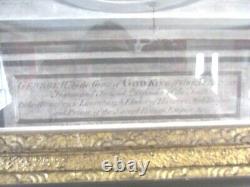 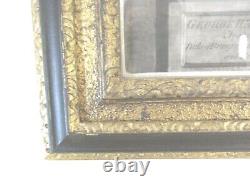 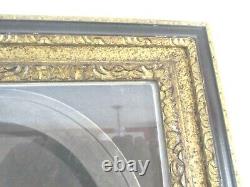 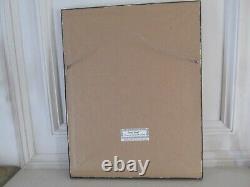 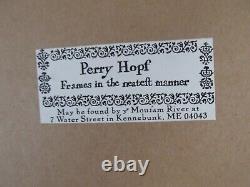 Original Rare Mezzotint, King George II of. Great Britain & Ireland, circa 1759. This was the King during the French & Indian War. Grandfather to George III, The last King of American Colonies. Mezzotint made in England about circa 1759.

George III became King in 1760. Followed by Stamp Act and the American War of Independence (Revolution) and end of British Rule in America. Borders on Mezzotint are clean as seen in Photo 2. Born on 9th November 1683 at Herrenhausen Palace & died in 25th October 1760 at Kensington Palace, London UK.

George II reign began in June 1727 until his death in October 1760. Hand made Frame is a Quality Reproduction by noted 18th century Reproduction Frame Maker, Restorer Perry Hopf of Maine, USA about 10 years ago.

Hand carved frame with Gold Gilt, glass is old. The hand & Gilt work is something to see. Condition very good no tears or repairs, ready to be placed on Wall in special place.

" height by 14.5" width this includes Frame. Whenever possible, I reuse packaging to help save environment.